If you want to detect heat and get instantly informed of a silent heat is detected, an insemination results in success, or a abortion event, when the latter actually takes place, MilkingCloud and M2Moo Heat Detection represent the ideal pair as a marvellous herd tracking application tailored for these operations.

How does It Work?

The pedometer device accumulates data on all activities performed by the animal to which it is physically attached, according to a certain algorithm. It transposes the data on the antenna system with which it communicates at certain intervals.

Although it appears to purport an apparatus that is attachable to feet or legs judging by its nomenclature, the pedometer is attached to the necks of animals.

M2Moo Heat Detection, which continuously tracks of your animal’s day-long activities, detects activity data measured on three axes and with its efficiency in analysing such data, gives you the opportunity to perform insemination correctly. 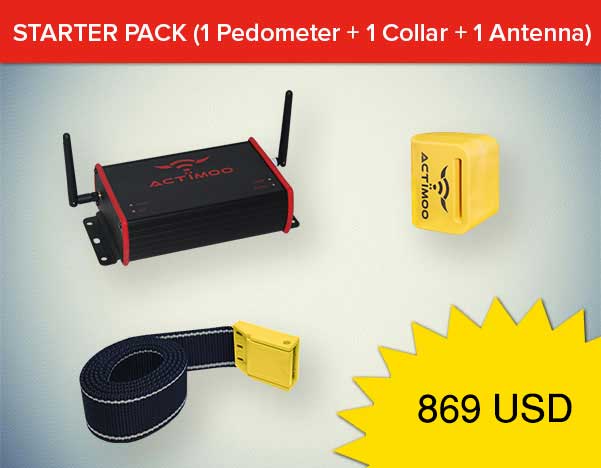 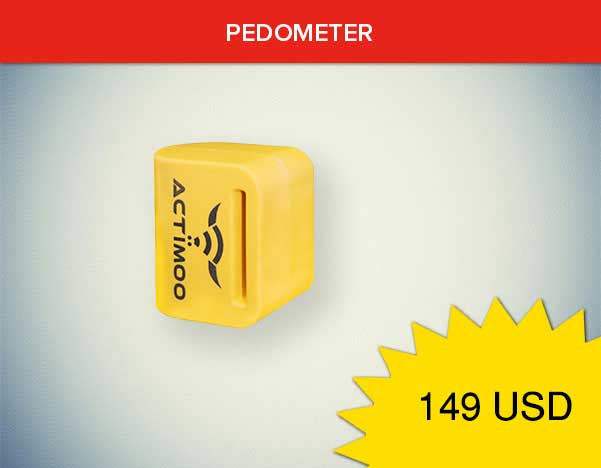 It works not solely relying on the number of steps, but detecting all movements of the animal. Thereby it is capable of detecting activity for animals getting upset where they are standing. This method is more efficient when used in support of observation method.

This modus operandi continues for 24 hours. By the time data arrives, the computer system will examine the previous habitual activity patterns of a particular animal, and issues a decision as to whether any symptoms of heat are present. Thereby it becomes possible for the system to effectively handle any symptoms of heat instantly.The result of symptomatic test will be revealed in an info note in an e-mail or SMS text message directed to the user or farm management.

Tract heat by fitting a simple and compact device on animals’ necks and let it be detected automatically and you informed of its presence immediately.

M2Moo Heat Detection keeps a close track of differences in activities of farm animals, like increased activity and the mounting behaviour during heat. If the different activity than usual keeps continuing for a definite period of time, it automatically generates and sends messages through SMS to the farm/ranch owner.Detection of heat requires tracking of tens of varying parameters, depending on animal health and farm applications. A visual check should absolutely be performed on the animal whenever M2Moo Heat Detection warnings are received. M2Moo Heat Detection\'s rate of success varies in a range of 80 to 95%, depending on farm standards and animal\'s health.

No Need To Note Down

Your herd is under the control of M2Moo Heat Detection, online. You don’t have to write down dates of insemination, calving or the pregnancy check.

All Process Is Well In Hand

M2Moo Heat Detection and MilkingCloud take care of the entire process, including heat, insemination, yield of milk and treatment.

With the seasonable insemination you may improve your profit by maximizing the yield of milking and breeding.

For Maximising Performance at Your Dairy Farms...

1
Insert to the Neck

M2Moo Heat Detection and MilkingCloud cooperate to deliver you the ability to auto-detect heat in cows. Moreover, you are informed on the instant of heat through an SMS message delivered to your cellphone.

2
Apply in your Herd

Pedometers can be used repeatedly and recurrently on other animals until expiry of their useful lives. It is a recommended practice to leave M2Moo Heat Detection attached to the same animal throughout the gestation period. Doing so will help bringing the risk of an animal’s redeveloping heat, in potential cases of miscarriage, under control.

If a rancher can get one calf per each cow owned, this means that he grabbed the success. With proper insemination, there would not be any interruption in milk output. And proper insemination is only possible with efficient heat tracking. 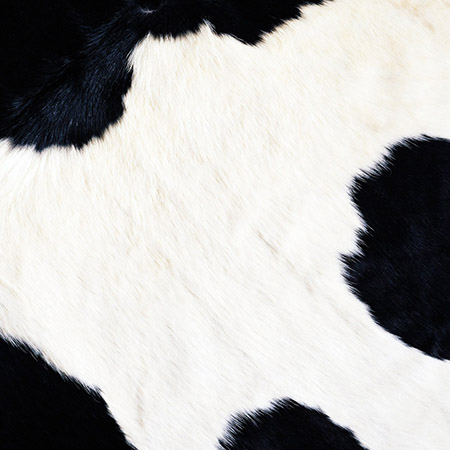 Dairy cow breeding relies on the principle of getting one calf every year. In a not regularly calving herd, a profitable business is hardly mentionable by breeders. If the period of 1 year has already expired, daily loss in terms of yield is calculated to be around ₺ 7 or 8 (Milk estimated at 80 piastres). At the end of 45 to 60 days postpartum, the average cost of a missed heat ₺ 140 or 150. M2Moo Heat Detection allows you to grab the chance of eliminating this cost once and for all.

2. 7x24 Monitor: The system works round the clock. No internet connectivity needed at your farm. It keeps track of all your cows both during the day and the night.

3. Automatic Warning: Heats detected are immediately reported to you via SMS in real time. You can confirm heat by performing a visual inspection.

The greatest benefit, in my opinion, that M2Moo Heat Detection provides has been the insemination of the cow right on time. A notification was delivered over the M2Moo Heat Detection saying that your animal is at Heat state. When I attempted to take a closer look to the animal of concern, I did not observe any unusual jump or activity. So I called my veterinarian to perform a check. On examining the animal at site, my veterinarian said that the ovaries were in a perfectly good period. 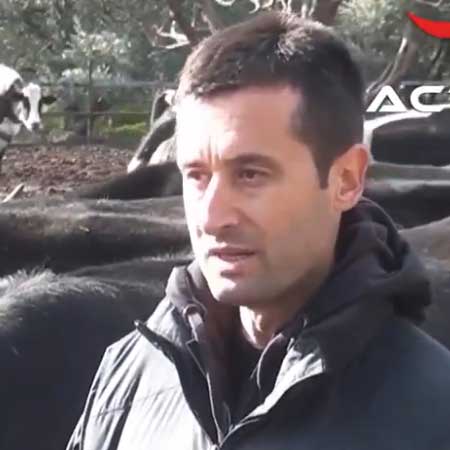 I didn’t notice a thing although having made a careful observation for 3-4 hours. Yet when I went at another location for business, I received an incoming system message of increased activity in the same animal with the same number that I observed, over the M2Moo Heat Detection. Then I got shocked trying to figure how come had I not noticed. So I checked myself when I returned back, and saw that the animal was in good Heat state.

Make Things Easy for your Herd!

There is a lot of ways you may choose to take for easily managing the processes that you track at your operation...

5 Ways to Reduce Costs at Your Farm

No matter what the actual number of animals would be, the establishing and maintaining control over all production processes is the most important management requirement in a livestock operation...

Use of Technology at Farms

There is a high correlation between the use of technology at farms and maximum yield obtained from each animal either for beef or for dairy production...

How to Detect Silent Heat?

Anoestrus and specially suboestrus is the common concern of all operations. As a matter of fact, the question that needs to be asked here is that if the cow has actually exhibited estrus behaviors, is the farmer missing it?

Boost Your Profitability at the Farm!

The fundamental goal in dairy cattle farming business, as in any other economic activity, is to secure and retain highest yield for maximal profit in your farm...

To View Your Herd As A Whole At A Glance

Ability to view the entire herd on a single screen, with customisations for each animal’s particular conditions makes life easier for farmers...

Write us to learn more details about and for purchasing transactions of MilkingCloud Herd Management Software.