4 Main Factors of Preparing a Ration

By creating the right ration, we can protect the health of the herd, increase your productivity and reduce the feed cost, which is one of the highest expenses. 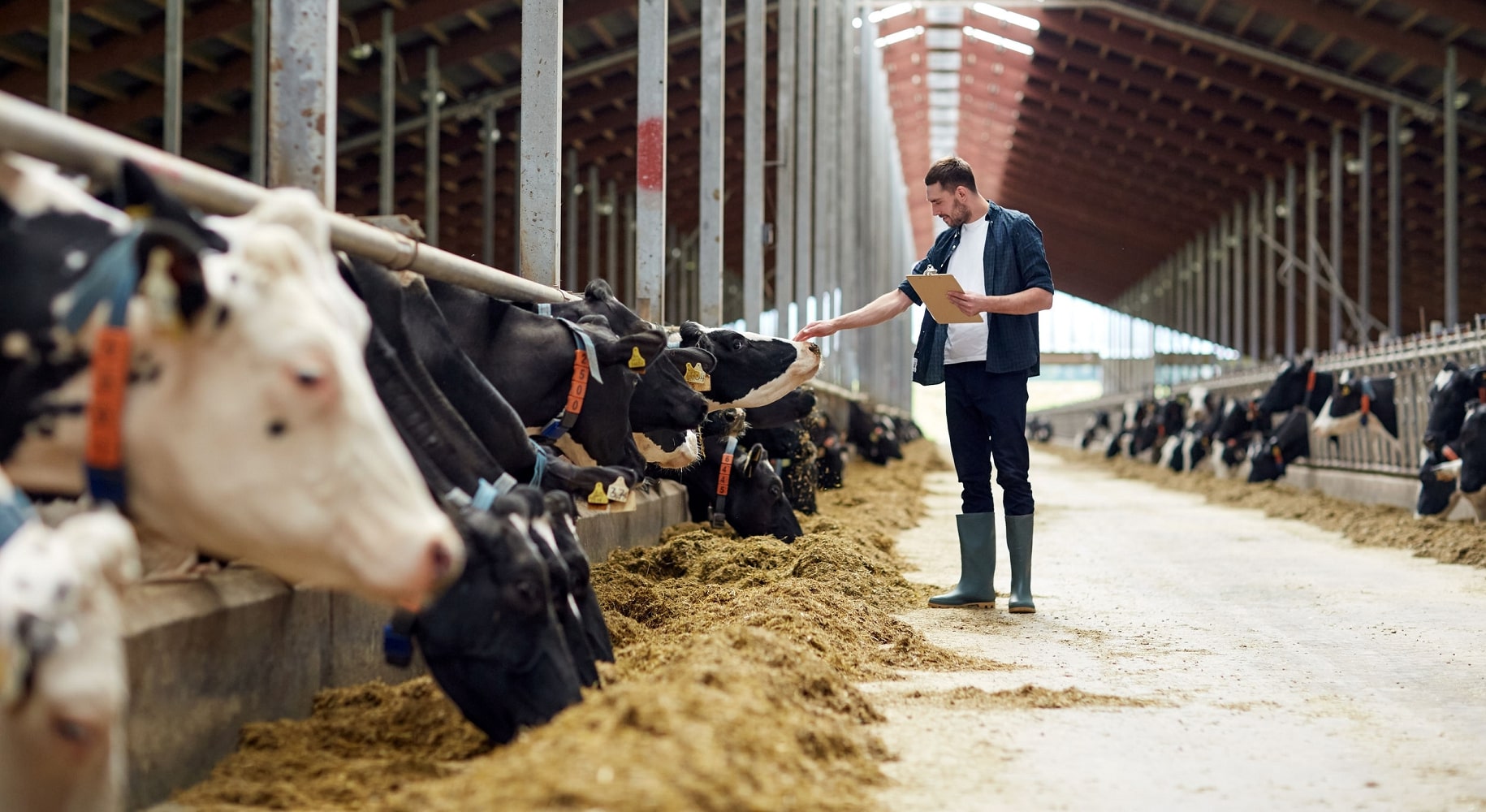 Feed cost is the largest operating expenses in livestock businesses. In order to make a profitable animal husbandry, feed expenses should be minimized. For this, nutrition programs should be prepared in accordance with the needs of the cattle in your herd. Ration is the daily feed mixtures consisting of two or more feed substances that meet the nutritional and dry matter requirements of the animals. The ration should be at a level that can supply the daily nutritional requirements of cattle. In appropriate environmental conditions, animals should be fed with well-prepared rations which means creating the ration according to age, weight and yield can be returned to the breeder as great profit at the level of genetic capacity. A ration that is inefficient in response to nutritional requirements can cause nutritional diseases in the herd.

The most fundamental point of ration preparation is the fulfilling the nutritional needs of animals in a balanced way. Also it should be the least-cost option. When preparing the ration, 4 fundamental points should be considered:

TRY IT FOR FREE
1) Nutritional Requirements of Cattle

It is necessary to know the nutritional content of the feed materials that are considered to be used in the ration, since cattle should take all the requirements (energy, protein, etc.) from feed.

The feed materials used in the preparation of the ration and their quantities are of great importance. Excessive use of some substances impairs both animal health and feed composition. For example; Using molasses more than 7% in ruminant rations may cause lumps in feed and problems in preservation of feed.

Although the ration is mainly formed according to the herd needs, the feed included in the ration is also important in terms of cost. The cost of rations prepared for an economical animal husbandry should be reduced. Otherwise, it will be very difficult for the business to make a profit.

Optimal feeding policies can both reduce the feeding cost and increase productivity. With the Ration Module in the MilkingCloud Herd Tracking Software, you can economically create a ration plan for the nutritional needs of the animals in your herd. In this way, you can both reduce your operating expenses and provide an accurate feeding to your animals. With the correct feeding, various nutritional diseases will be prevented, so financial losses due to these diseases can be prevented. The Ration Module helps to prepare the most accurate ration with the feedstock you have, while at the same time, it enables you to monitor your current costs. With the Artificial Intelligence extension, MilkingCloud Ration Module presents 4 different rations that are optimal, balanced and least-cost according to your feed stock.

Write us to learn more details.