How to Detect Silent Heat?

Silent Heat, a.k.a. sub estrus or Silent Heat is the greatest common problem of all dairy herds.When a cow in heat, its activity increases in addition to stand to be mounted by other cows or move forward slightly with the weight of the mounting cow, or mucus discharge hang from the vulva. However, not all cows exhibit all these signs and behaviors or any part thereof, with the remainder revealed for a shorter time period in some, while others shown no signs at all. And this is called Silent Heat.

The common question of almost anyone: Why does this cow not express estrus heat? Why has it not reached estrus, this way or in another? As a matter of fact, the question that needs to be asked here is that if the cow has actually cyclic activity yada observed heat, are we missing it?

Anoestrus and specially suboestrus is the common concern of all operations. As a matter of fact, the question that needs to be asked here is that if the cow has actually exhibited estrus behaviors, is the farmer missing it?

Aside from that, there is an unignorable number of incidents of metritis and ovarian cysts reported in our country. Metritis is a pretty easy and fast to cure disease with medication right after diagnosis. Ovarian cysts may appear in a number of forms, yet may be prevented with haste when examined by a veterinarian in most cases. Metritis is the most dangerous disease and is also known as uterine inflammation. Metritis should best be checked by an experienced veterinarian.

Why Do You Miss Heat Period of your Cow?

If a rancher cannot track heat symptoms in one way or another, despite giving full attention to his work at his best, this usually points to a problem in absolute presence.To what extent can we be sure when saying no exhibited heat signs? Your caw may in fact have displayed heat but this being ignored for the following reasons:

Can cattle be seen in heat at night while you are asleep?

According to a study performed on estrous times of cows, the rate of observing heat between 11 o’clock at night and 4 o’clock in the next morning appears to be approximately 27%.

Can it has silent heat?

In such case, no vulvar mucus discharge is observed. No mounting behaviour is observed, or no other animals tend to mount on animals in heat state.

Is it possible that weather temperature affects heat?

Particularly in some places where the weather is hot, detecting heat becomes gradually harder In some cows may even be observed estrus behavior never.

Is cattle housed in tie-stall or stanchion barns?

How To Track Sub Estrus/Silent Heat?

The easiest way to solve sub estrus or silent heat is the Heat Detection System offered by cooperation of MilkingCloud and M2Moo Heat Detection. It is now an already known fact that this is no longer a problem thanks to Pedometers fitted on necks of cattle.

Pedometers yield great levels of success in detecting silent heat since they are capable of detecting even the slightest move.

We recommend that Pedometers up to one fourth of total animal count be procured especially at farms where sub estrus or silent heat is more frequently observed, and predominantly troubled animals be tracked with these devices. Thanks to this system, the detection rate of animals in heat is kept at maximum level, which cuts your operational loss down to a minimum. 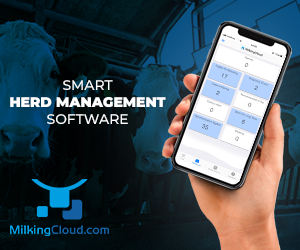 Register whatever rationing scheme you may desire to apply for Rationing of Feed to be consumed by Dairy and Beef Cattle.

Write to us to learn more details about and to purchase MilkingCloud Herd Management Software.