Why are Udder Inflammations Are Frequently Encountered in Cows During Months of Summer?

As a matter of fact, milk contains more somatic cells by quantitative count and more incidents of Bovine Mastitis are reported during the summer times.

● The regression is more explicit in rates of feed consumption above and beyond an ambient temperature of 25°C. This leads to elevated risks of ketosis, induces a rise in urine concentrations in milk, inhibits matter transformation events within the body, and causes increased number of somatic cells in milk.

● Generally, cows secrete and deliver milk slowly under hot temperature. This leads to an increase in the risk of infection, leverage the chances that Mastitis caused by E. coli may occur and engender an increase in fly populations, known to play an active role in dissemination of mastitis agents.

● The higher the milk yield in a given animal, the higher the level of heat released from that animal’s body at exchange of substances will be. Therefore, the sensitivity of elite animals to heat stress is much higher than low milk yielding animals.

Precautions That Can Be Taken Against Bovine Mastitis Problems

Possible measures against high somatic cell counts in milk and mastitis problems in cows are, as summarised below:

● Such information as the incidence and severity of clinical mastitis cases, results of tests performed on animals during dry period, somatic cell count in milk drawn from the bulk milk tanks etc. should be stored and traced.

● The relevant tests should primarily be performed on a sample of 10 animals reported with highest number of somatic cells.

● Hygiene procedures and treatment protocols have to be identified for relieving infection pressure.

● The causes and critical aspects of contamination of Bovine Mastitis should be determined and the problems approached according to a plan, with consideration of information obtained through bacteriological analyses. Identification of critical control subjects in the herd plays an important role in terms of eliminating the existing insufficiencies.

● Once in every 3-4 months, an information exchange should take place between the operation’s resident health supervisor and the producer. 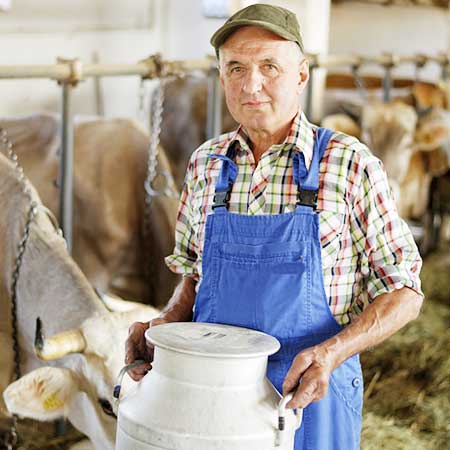 If you say yes to all of the questions below, then you can use MilkingCloud.

1. Do you own a smart phone or PC? Do you have live Internet access?

2. Are you ready to spend 10 minutes a day to enter regular data for the sake of your farm?

3. Are you aware that you should track your cows one by one, in connection with tasks at hand like heat, insemination, drying off and calving?

4. Have you ever forgotten things even once in a while?

5. If you had a helper to remind you about your work, do you believe that you could work more efficiently?